Legality of Weed in Australia 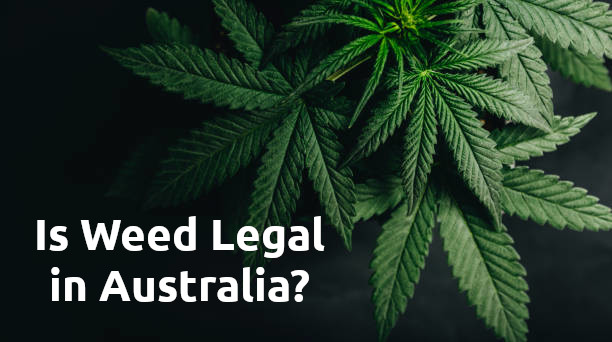 Is Weed Legal in Australia?

Australians are embracing the usage of cannabis, with four out of ten Australians in favour of legalising it. A national survey performed last year revealed that the level of positive support for legalisation has doubled in as little as six years. The reported consumption of cannabis within Australia and New Zealand among adults was as high as 12.1%, which was higher than a global average of 4%.

Tokorama Express is a well-known provider of accessories such as grinders and pipes in glass and silicone for cannabis use. Because of that, we get plenty of questions about cannabis in the country, such as if weed is legal in Australia. But the answer is not always as straightforward as yes or no.

Different territories in Australia have various regulations and restrictions on cannabis use, no matter the purpose. Legalisation has come a long way over the back half of this decade, but it didn’t come without conditions.

In 2016, Australia’s parliament officially legalised the use of medical marijuana. The Narcotics Drugs Amendment Bill was a change to the regulations from 1967. This previous legislation was already considered permissive for its time, which heavily regulated the manufacturing of narcotic drugs and cannabis cultivation for scientific or medical purposes. For most of the country, cannabis cultivation was still prohibited.

The 2016 Amendment officially permitted the cultivation and use of cannabis for both scientific and medicinal purposes. Medical weed or cannabis is legal throughout Australia. But even the use of medical marijuana has its restrictions.

The doctor will submit an application through Australia’s Therapeutic Goods Administration Special Access Scheme. Furthermore, the doctor must also be an Authorised Prescriber to make this application.

The regulators at the TGA will only permit medical marijuana treatment if it’s not the first method tried by the treating physician. Along with documented evidence of your condition, the doctor must also present documentation that conventional medication and treatment have not alleviated your symptoms.

Some of the conditions that the TGA has approved for medical cannabis are:

This is by no means a comprehensive list. If you are planning to legally consume cannabis products through medical marijuana privileges, ask your physician or a licensed prescriber about your options. 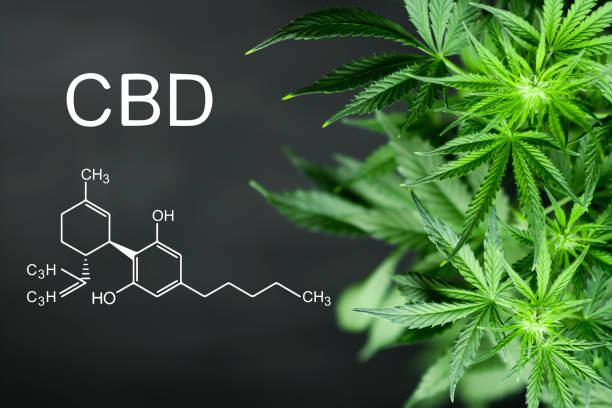 No individual is permitted to grow marijuana plants, even if they have a medical marijuana card. They also can’t grow it even if they plan to use it for themselves. The TGA only allows medical marijuana cardholders to purchase CBD products from licensed providers. A license to cultivate or develop cannabis products is extremely difficult to get and requires a strict accreditation process.

So even if you do get a medical marijuana card and are permitted to use marijuana legally, you can’t just buy it from third-party sellers, and you can’t grow your own crop for personal use.

Marijuana for Recreational Use

Despite broader permissions to use marijuana for medical reasons, recreational use is still largely illegal throughout Australia. However, in a first for the country, the ACT legalised recreational marijuana use in 2019.

After many months of debate over legal, health and policy concerns, parliament passed the law. It legalises adult recreational use in Canberra. As long as you are over eighteen years old and a resident of the territory, you’re allowed to possess up to 50 grams of dried marijuana for recreational purposes.

You’re also permitted to grow two plants. If you live with your family, a single household can grow up to four plants. However, it is still strictly illegal to share whatever you’ve grown or purchased with someone else. Growing marijuana for distribution can result in arrest.

If you need to know where weed is legal in Australia, carefully note the different laws, restrictions and sanctions for possessing or consuming weed in different regions and territories.

Unlawfully smoking or ingesting cannabis in one’s home on the first offence results in a formal warning. You won’t get criminal charges for doing so immediately. However, repeated offences will result in more severe repercussions.

You’re also prohibited from possessing cannabis in New South Wales in any location, including your home. You might receive a warning if the cannabis is for personal use or if you get caught with 15 grams or less. Repeat offences can result in being required to attend counselling and, eventually, criminal charges.

Possession covers everything from joints to edibles such as cookies and gummies. You’re also prohibited from cultivating cannabis from seeds.

No changes to cannabis restrictions have been made in Western Australia as of August 2011. If you’re found with 10 grams or less of cannabis in your possession, you’ll receive a caution and a Cannabis Intervention Requirement notice.

If you’re found with over 100 grams in your possession, it will no longer count as personal possession, and you’ll be considered as someone with a supply with intent to distribute. As a result, you could face a $20,000 penalty or up to two years in jail.

If you have less than 50g of marijuana or hash oil or under 10g of hash and seed, you can be fined up to $200 and be given the option to leave the territory instead of facing criminal charges. Just like in the ACT, any possession less than 100g will only result in a fine.

If found with possession of recreational cannabis, you will be issued a fine that could range from $100 to $200. However, if you are also caught with smoking implements or accessories, the fine will also apply to you. Therefore, it’s crucial not to have these items with you while in the region.

These two areas have virtually the same prohibitions. Possessing and using cannabis or cannabis products for recreational use is a criminal offence.

According to Tasmanian law, an individual may be issued with up to three cautions or warnings before being charged for possession. They will also need intervention and referrals for treatment.

In Victoria, if you have less than 50g of cannabis in your possession, you’ll only get a caution, but you’ll also be mandated to attend the Victoria Cannabis Cautioning Program. Victoria is also the first Australian state to legalise medical marijuana.

The prohibitions in Queensland are stricter than in most areas. Here, any possession of cannabis can result in a prison sentence of up to 15 years. However, if you have only a minor percentage, just like in the other two areas, it’s unlikely you’d get sentenced.

If you have only under 50 grams of cannabis and have no other offence while doing so, you’ll be offered a drug diversion program. Furthermore, Queensland law states that possessing even smoking paraphernalia is a criminal offence.

However, medical marijuana is much less frowned upon and less restricted. As of June 2020, any doctor in Queensland can, without formal approval, prescribe medical marijuana to their patients. The only condition is that individuals cannot smoke marijuana. The treatment must specify other products such as vapours and tinctures. Licensed providers must advertise any form of medical marijuana only to wholesale or pharmaceutical entities. 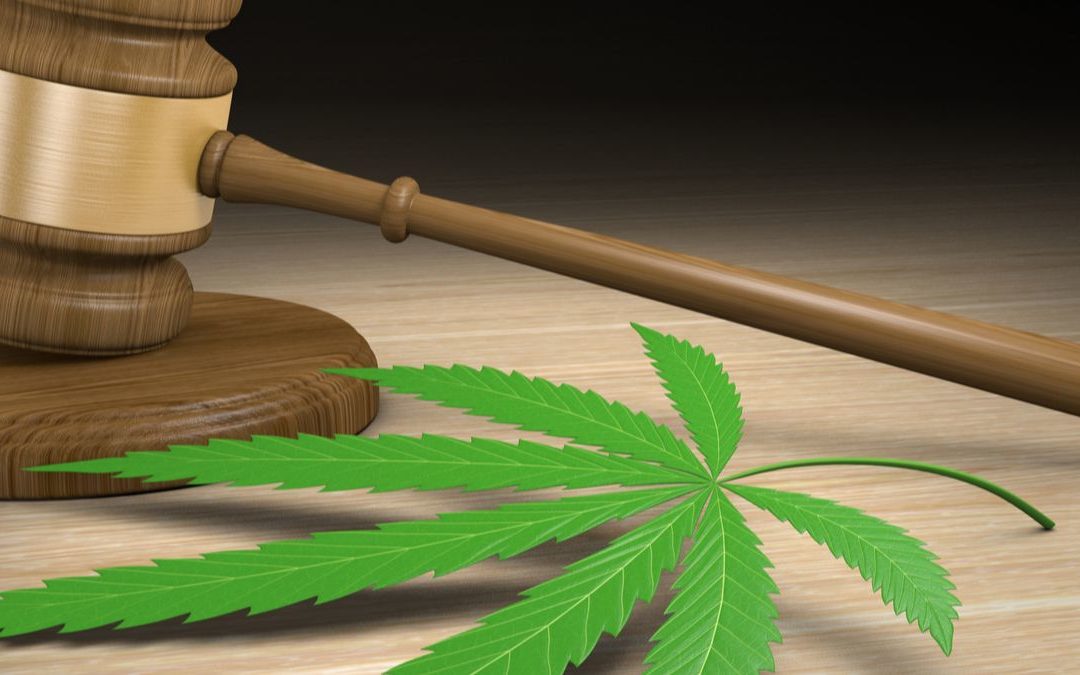 Will marijuana ever be legal?

In Australia, cannabis is considered “decriminalised” rather than illegal. Decriminalised means that you’re caught with marijuana or marijuana paraphernalia while without a medical marijuana card, you’re only likely to be fined or required to undergo a diversion or caution program, as can be seen in the regulations of most territories.

You will be given every opportunity to avoid committing the same offence before you’re handed a criminal charge. However, decriminalisation does not equate legalisation.

Australians have a definite push to legalise marijuana usage recreationally for adults officially. Various movement groups state that the widespread acceptance of medical marijuana and the ACT’s legalisation of recreational marijuana contradicts most of the country’s restrictive regulations on marijuana. And in the interest of creating a consistent policy across the country, legalisation must occur soon.

Use weed safely and legally with the right products

If you live in a region of Australia that permits medical or recreational marijuana usage, make sure that you do it safely and without harm to your health. Use quality paraphernalia that can be easily and effectively sanitised and will permit you to use marijuana more conveniently in the safety of your home.

Tokorama Express carries a wide range of supplies and accessories for cannabis products, from buds to vapours. We also offer high-accuracy scales to help ensure that you have the ideal, legal amount to consume. Contact us today and ask about regulations in marijuana usage within your territory, or check our frequently asked questions page to learn more

← Prev: Why Silicone over Glass Pipes 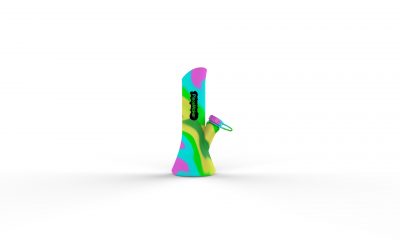 Why Silicone over Glass Pipes

Stay Up to Date

Sign up to our newsletter to get all of the Tokorama exclusive offers, latest products & news!